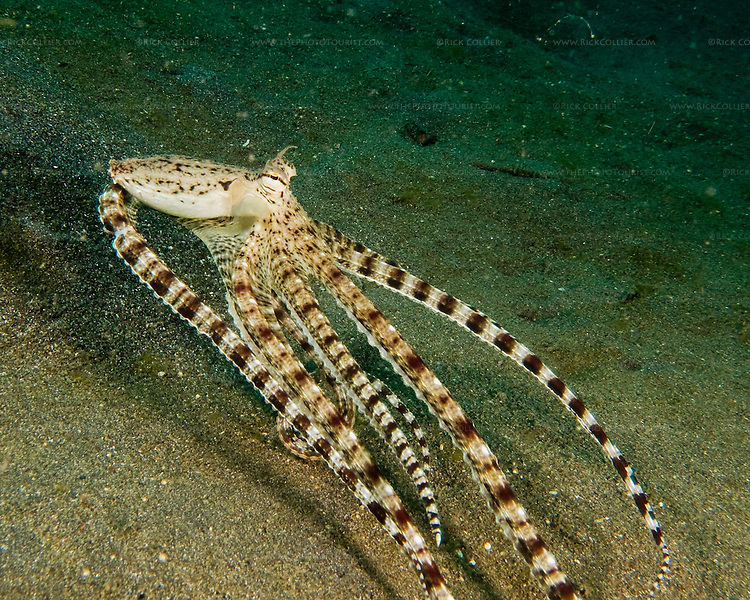 A mimic octopus moves rapidly to escape the divers nearby.